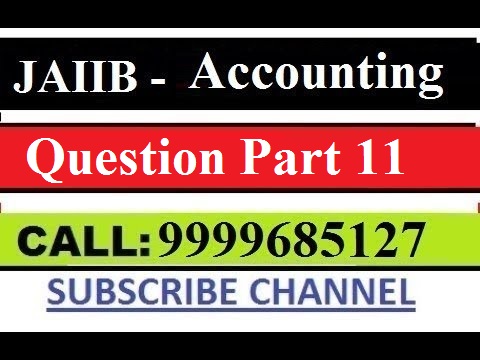 1. The series of fixed payments paid or received by a persons at specified frequency over a fixed
period of time are called:
a. instalments
b. annuities
c. maturity payments
d. sinking funds
Ans: (B)

3. A person invests some money in bonds on which interest would be received by him on halfyearly basis at the end of each 6th month. Such payment can be said to be:
a. At the end annuity
b. At the beginning annuity
c. Ordinary annuity
d. Sinking annuity
Ans: (C)

4. To ensure that a company is following the Accounting Standards in India, is the duty of which of
the following:
a. Company management
b. Company Secretary
c. Auditors of the company
d. All the above
Ans: (C)

5. A firm has been changing its depreciation policy after every 2-3 years. It is violating, which of the
following concept:
a. Conservation concept
b. Consistency concept
c. Accounting period concept
d. Historical cost concept
Ans: (B)

6. Which of the following is not correct in connection with a bond:
a. A bond is negotiable promissory note
b. Rate of interest on a bond is fixed and called coupon rate
c. Bond is redeemable any time
d. Expected cash flow from bond include interest payments plus the repayment of principal
Ans: (C)

9. If a firm receives advance against purchase of goods from a customer, it does not take this to
income or sale, due to which of the following concept:
a. Realization concept
b. Revenue recognition concept
c. Conservation concept
d. Going concern concept
Ans: (B)

10. The depreciation method in which the depreciation is calculated on the principle that the asset
loses an equal amount of value every year:
a. Written down value method
b. Sum of years method
c. Doubt declining balance method
d. Straight line method
Ans: (D)

11. Which of the following event/transaction shall not be recorded in the accounting books of a
company:
a. Compensation paid to a worker by the company for injury during duty hours
b. Adverse effect of performance of the company due to ill health of the managing director
c. Write off of a account of a trade debtor who died after meeting an accident
d. All the above
Ans: (B)

14. Which of the following is not matched in terms classification various assets:
a. Patents and trademarks – intangible assets
b. Goodwill- fictitious assets (due to which also part of intangible asset)
c. An intangible assets should be identifiable and distinguishes from goodwill as per AS 26
d. None of the above
Ans: (D)

15. The accounting equation-“Assets=capital+ liability” is due to application of which of the
following accounting concept:
a. Business entity concept
b. Money measurement concept
c. Realization concept
d. Dual aspect concept
Ans: (D)